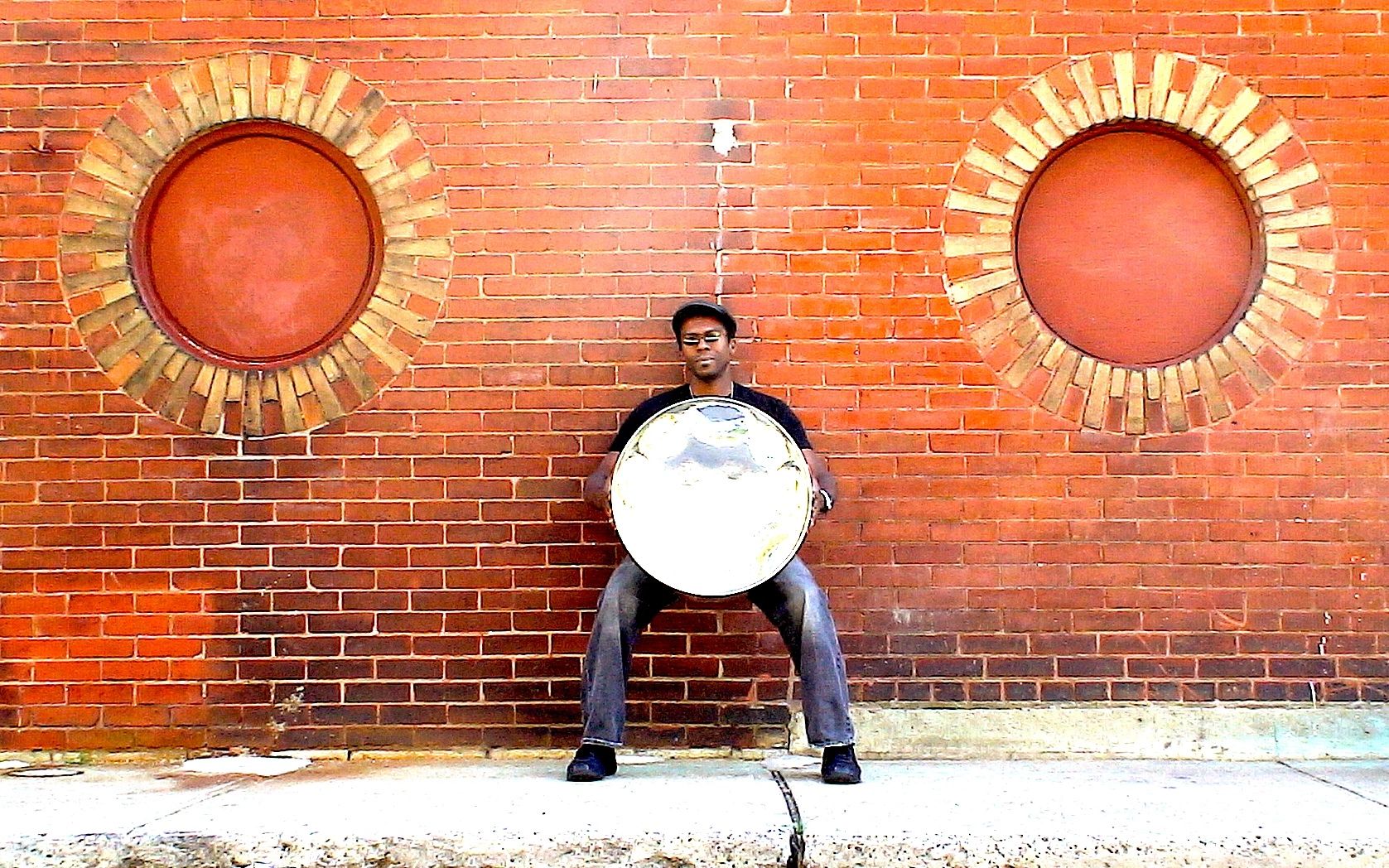 Ready to entertain you!

My cover of fun filled family friendly festivo by an artist out of Toronto, Ontario.

My version of Coldplay's Green Eyes

One of my originals. Enjoy!

Playing with Takeyce Ti and the Reggae Funkers at club Balattou in Montreal, Quebec

An original that I never got around to producing.

Doing my thing on the terrace of the Ye Ole Orchard pub in Chateauguay, Quebec.

Back in the days when I was performing with my band Steel!

Steel live at the Petit Campus in Montreal, Quebec.

I'm a Montreal-based artist that uses the exotic sounds of the Steel Pan with various styles of music.

I was born in Trinidad and Tobago. This is where the steel pan culture was also born. My father, Michael Bernard Roach, was a steel pan player all of his life. He was a member of the Exponians steel orchestra which represented our country at the Montreal world fair, Expo 67. Falling in love with the city of Montreal, my father and 9 other members of the Exponians decided to make it their home and make a better life for themselves and their families. My older brother and I remained in the care of our grandparents while my parents came to Montreal and built a new life for us. 3 years passed and during that time, my father, along with the other migrating members of the Exponians, formed The Trinidad Playboy's Steel Band and were very popular and successful in the Canadian live music scene throughout the 70's and 80's.  They mainly played the rhythmic tropical music of the Caribbean as well as some of the popular mainstream music, of that era,  using 7 different  types of steel pans players, an electric guitarists , a bassist and a drummer.

In 1971 my brother and I reunited with my parents in Montreal. Growing up was a musical roller coaster for me. Our house was headquarters of the Playboys. And we grew up with the band members and their families like they were our own family. I loved watching them practice in our garage. And so did everyone else for that matter. Imagine 7 to sometimes 12 different types of steel pans, all with their own unique sounds, chiming in synchronicity, every Saturday in a 20x10 garage, on the corner street of a busy neighborhood. These are the people who influenced my love for music. I quickly got involved; watching and mimicking my father's hands, while he played his double second pan, and being taught to play the drums and congas by the band's drummer, Hollis Wilson. In the summer of 1980 when I became good enough to compliment their rhythm section, they gave me my first shot on stage at the age of 12. I had joined the band. I started learning more of my father's pans and soon became a fill in for him when he would sing. My father taught me how to execute specific strumming techniques and two other members of the band ; The arranger- Winston (Skippy) Maingot, and the tenor pan/keyboardist / singer - Leonard Marshall, taught me how to understand melodies and chords and note progressions. I had my own team of music teachers.

The Steel Pan will one day revolutionize the sound of music. Attempting to bridge the gap between musical cultures, I incorporate the Steel Pan a.k.a. Steel drums, in all my original compositions and musical arrangements, using various styles but mainly classic and pop rock. More and more

popular artists and rising new stars are using the sweet sounds of this exotic, Trinidadian born instrument, in their mixes.

It would only be fitting that the one who revolutionizes the sound of music with the Steel Pan, be one who shares its origin

Sign up to hear about upcoming shows, albums, and events.